The link has been copied.
Admirals Info

Hello. This is Uncharted Waters Origins.

We would like to introduce "Ali Vezas" and the characters that are closely related to him.

Are you ready to find out all about Ali Vezas?

* The following information is currently under development and is subject to change.

- Ali Vezas is a cheerful fellow who set sail to become a billionaire. 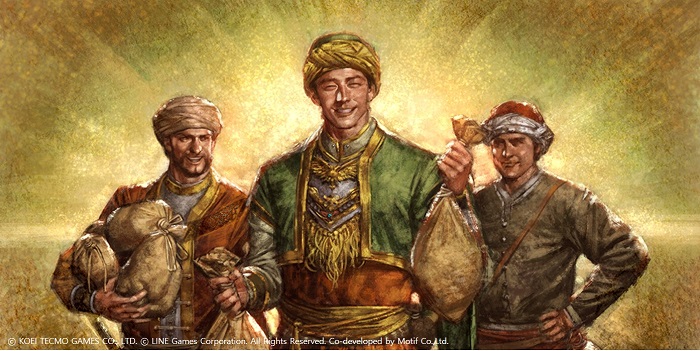 Born an orphan at a very young age, Ali Vezas grew up in his hometown alone

while doing everything he could to support himself.

Despite his efforts, Ali was not able to overcome poverty that easily.

In 1522, Ali manages to obtain the ship owned by the father of his best friend, Salim Jahan.

By borrowing money from the townspeople, Ali sets sail to the open seas with Salim,

hoping to earn a fortune through trading.

The pair eventually make enough profit to pay off their debts and gain the favor of the great Sultan Suleiman.

But despite his success, Ali still finds himself alone.

One day, Ali finds out that his only sister, Sapha, is alive and decides to go meet her.

After a long voyage, Ali manages to finally meet Sapha but has a hard time gaining her trust.

Will Ali be able to convince Sapha to go back home together?

And will Ali be able to make his dream to become a billionaire come true?

With various improvements and additions to the original Uncharted Waters 2 story, Ali’s story is about to begin.

If you like trading and want to gain various trading privileges, start the game with Ali Vezas! 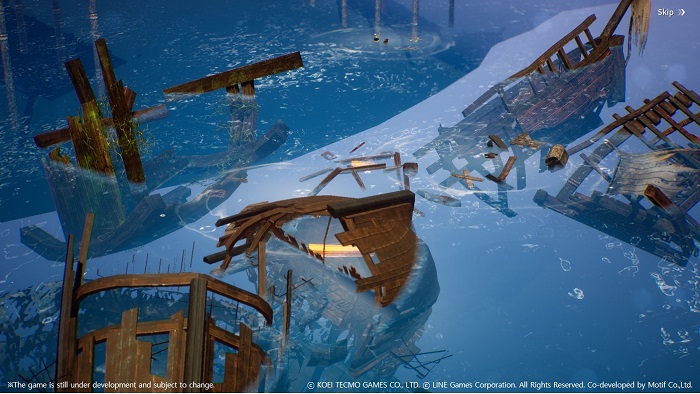 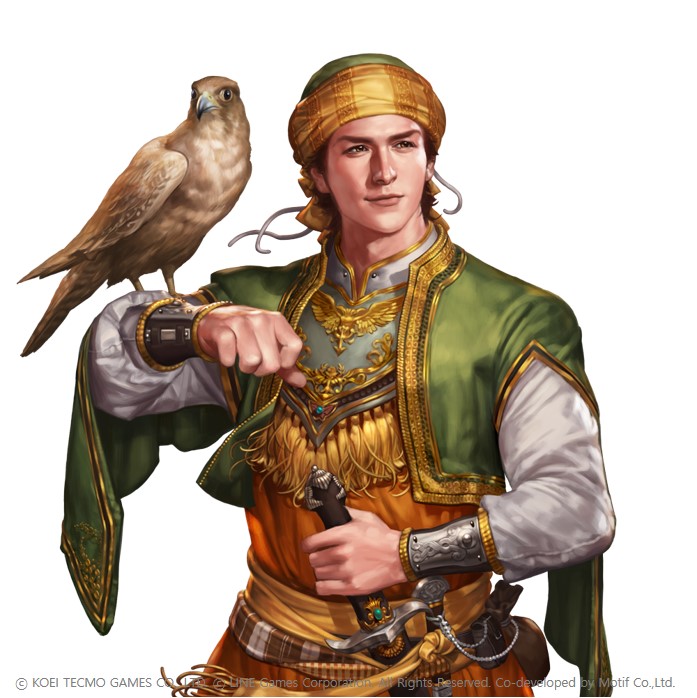 “Want to hear an interesting story?”

A 19 year old male, Ali grew up to be a practical and

resourceful individual after being orphaned at a very young age.

with his best friend Salim after obtaining a ship by coincidence.

Ali never takes the value of money for granted and has a keen business acumen because of it,

but will not hesitate to step up for what he thinks is right.

Ali has a sister named Sapha whom he lost 10 years ago,

and he continues to search for her while continuing his voyage. 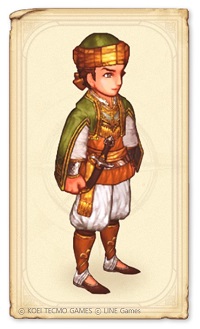 [Trade] Trader of the Ottoman Empire

- Ali is an admiral fit for trading, and has various skills and effects when you purchase trade goods. 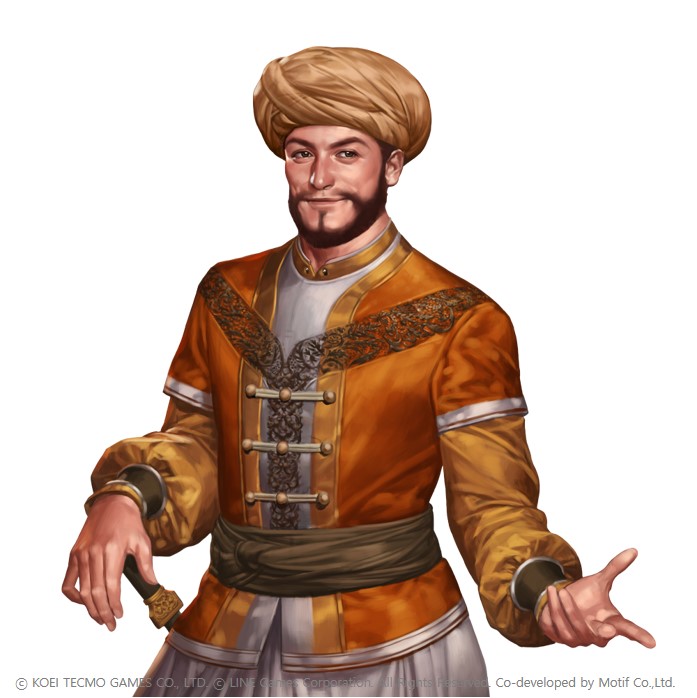 A 19 year old male, Jahan was originally a part of the Ottoman Empire’s navy

but decided to become a tradesman following in his father’s footsteps.

As Ali’s one and only best friend, Jahan provided Ali with his father’s ship and set sail together to start a trading business.

Jahan often makes mistakes and may seem awkward at times,

but always tries to heighten the mood of Ali’s fleet.

Although Jahan is a tradesman, he is not good at persuading others,

and has a hard time talking to someone he is attracted to.

- Jahan is fit for combat and can aid allies in combat.

- As you level Jahan, your ship's defense against cannons increases. 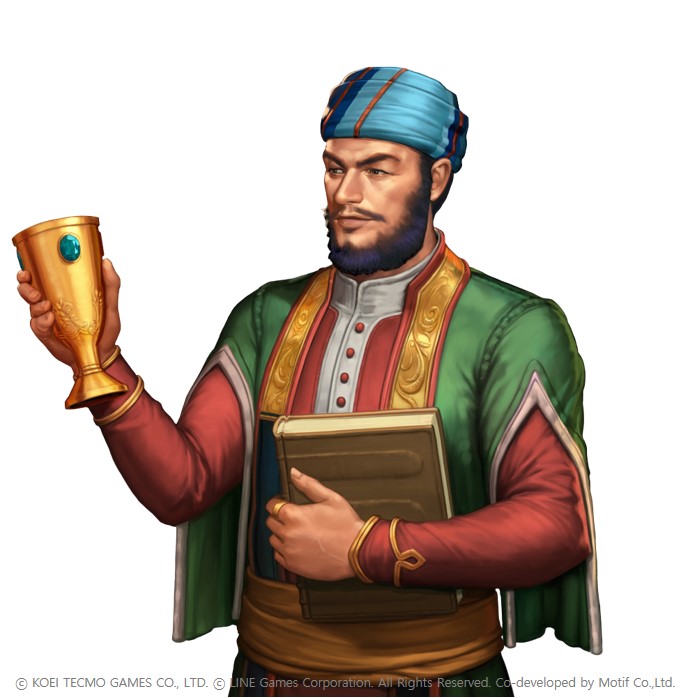 “If it’s Ladia’s request, I’ll do anything I can to complete it”

A 27 year old male, Yazid is a tradesman who constantly visits the Constantinople tavern.

Yazid blindly loves Ladia, an employee of the tavern.

after hearing about Ali’s shortage of mates.

but feels rather uncomfortable as Ali and Ladia grow closer to each other.

- As you level Yazid, you can buy an increased amount of sundries and get a discount for purchasing them.

- You must select Ali Vezas as your starting admiral or recruit him in the admiral management menu to start the chronicle.

Please be noted that you must fulfill certain conditions to recruit new admirals.

- You must set Ali Vezas as the captain of the 1st fleet flagship.

- Please keep in mind that if you switch between different chronicles,

you will lose progress and royal order of the previous admiral you were playing as. 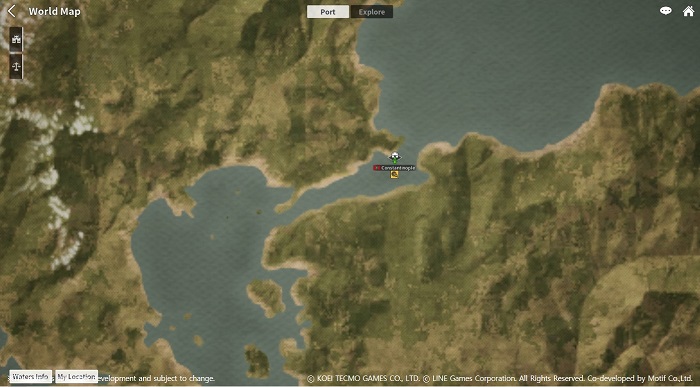 That's all we have prepared for today’s admiral's introduction.

We have numerous upcoming introductions about other admirals, so please stay tuned!

We will come back with other news!